In this February newsletter 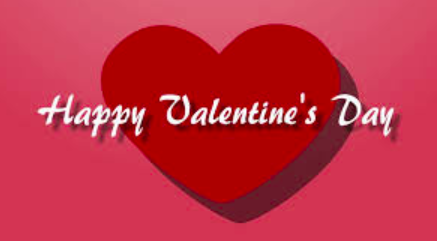 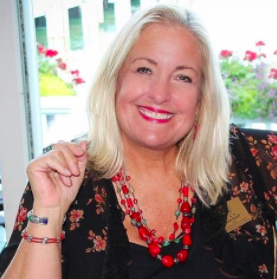 Did you see President Trump's State of the Union just a few days ago?  Wow!  Wasn't it great to see what a leader that places America first can do in just one year?  ALL voters got to see the Democrat side of the aisle when they did not stand for many things that normal citizens value.  Apparently, Democrat candidates are determined to run in 2018 on a "we hate Trump" campaign platform.  The SOTU pretty much stopped that idea with an amazingly successful year one as our President!

In honor of President Trump’s first year in office, the 14th District passed a “Thank you President Trump” resolution at our January meeting. The resolution is posted at the http://www.14cd.com/ and on our Facebook page https://www.facebook.com/mi14gop/.  The resolution mentions many of Trump’s accomplishments during 2017.

Our country is already seeing results from the Trump tax reform as we read announcements of bonuses, pay raises and job growth across America. Even big name liberal owned companies are announcing raises to their employees. This is just the beginning for Trump. We look forward to immigration reform, the repeal of Obamacare and “The Wall” just to name a few.  #MAGA

The Fallen and Wounded Soldier Fund is a Michigan-based group that helps our Michigan military HEROES who after their service to US now need a hand.  Everything FWSF does is helping a special group of Michiganders----our brave former military.  Consider helping with this wonderful group by attending FWSF’s annual dinner.  Register here  http://www.fwsf.org/

Between now and then, do all you can to help your candidate win. Then if your personal favorite is not the final candidate for, say, the Governor’s race please stick with our Republican team. Vote for your party’s final candidate.

Immigration - We often hear how this or that idea promotes “strength”.  Included in that discussion is immigration--legal and otherwise.   Check out this opinion column that raised an interesting take on the idea “diversity is not America’s strength”.  Click here to read.

New Members on the 14th CDRC Committee - Getting more people involved in the District is so important.  Fresh ideas and new energy are irreplaceable!  So we welcome Kelly Powell to the District’s Executive Committee after her election to complete the term of an open seat among our MRP State Committee spots.  That opening was caused when Christina Barr was elected to become MRP’s Vice Chair - Coalitions!

We welcome Bill Wallace to complete the leadership team as our new Treasurer. At the January 2018 meeting the Committee unanimously elected Wallace to serve out the remaining one year term as Treasurer. Wallace replaces Chris Konja, who resigned at the November 2017 meeting citing family and work as reasons for being no longer being able to serve. We thank Chris Konja for his service over the past 3 years and wish him well. Family always comes first. The Treasurer’s job is tedious work and Wallace’s significant financial expertise will be very useful in his one year role in the 14th CD. Congratulations and welcome Bill!

Prayers for our National Committeewoman and her husband are needed. Kathy and Dean Berden are facing some serious challenges. Please say a prayer of healing for Dean who discovered a health challenge just before Christmas.  We love you both and send you blessings for a healthy 2018 and beyond!

National Security Corruption - FBI - the agency designed to protect all citizens--- is in a dysfunctional state such that every American needs to take heed and pay attention!  Watergate was a walk in the park compared to the latest discovered memo scandal revealing  political bias in our national security!  What? DRAIN THE SWAMP- FLUSH THE DEEP STATE! Show President Trump your support and let him know you want justice!

All New “Right on 14th” weekly podcast. Go to iTunes (or Android Play Store) and download “Right on 14th”.  Click subscribe. I watched the first LIVE show on Facebook two weeks ago (yes it is broadcast, not just audio) and must say these guys get it!  The show was fun, light hearted and informative!  Follow the show- https://www.facebook.com/righton14th/  Right on 14th is yet one more vehicle to grow the party and bring more Republicans!  Share with friends and family. Young Republicans Kris Karamos (Pontiac) and Mike Parr (of our Executive Committee) do an outstanding job as show hosts. Send them your love - more contact info is in the article below.

All Republicans are welcome to attend this open meeting!  Please join us with your ideas & energy to help us grow!

We had so many wonderful sponsors for our event!  With the swirl of activities for this event and the Holidays in general, the sponsor list printed in our January newsletter inadvertently misses a few donors.  So here we correct that oversight!   The entire list of our very generous sponsors is list below:

On January 17, 2018, the 14th District launched its weekly live podcast Right on 14th.  By focusing exclusively on social media distribution, Right on 14th will provide a fresh voice about political topics for residents in the 14th Congressional District.   The podcast can be accessed live from 7 to 8 p.m. on Wednesday using:

Soundcloud: - For listening on the go

Kristina Karamo (Pontiac), a District activist, and Mike Parr (Southfield), a member of the 14th Executive Committee form the broadcast team for The Kris & Mike Show which is the broadcast format. 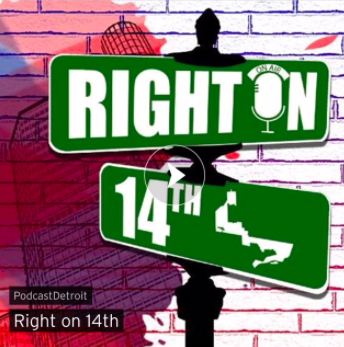 The podcast, Right on 14th, will focus on issues important to voters in Michigan’s 14th Congressional District. However, national and international issues that affect the 14th District will also be included.

“American politics and world affairs have been an interest of mine from a very young age,” said Karamo, who is an educator.  “Anything that affects a person’s life, that person should be involved with.  The conservative vision empowers all Americans. I hope Right on 14th will encourage listeners in the Congressional District and Michigan to share this sentiment.” 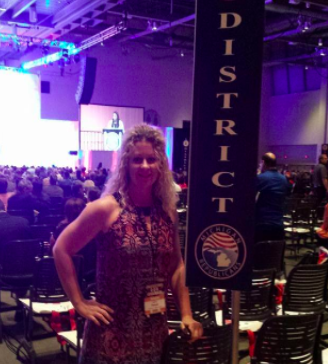 Kelly Powell of Farmington Hills was elected to represent the 14th District on the MRP State Committee.  Her term began immediately after her election at the District’s Executive Committee in January.

She will complete the term of Christina Barr of Pontiac who recently was elected to the position of MRP Vice Chair - Coalitions and, as a result, resigned her 14th District State Committee position.

Powell’s full time job is running her family’s business.  She is passionate about pro-life and pro-Second Amendment issues.

She joins the District’s other State Committee members as listed here http://www.14cd.com/leadership

Your Democratic 14th Congressional District U.S. Representative Brenda Lawrence has been busy in Washington, D.C.  Here is a recap of several of her recent and shocking votes.   Her role in supporting the Democrat Party line, obstructing President Trump and not really looking out for our Michigan values can be seen very clearly here.

Her votes often are like this:  think of a logical idea/opinion and then vote the opposite way.   After considering her positions, please feel free to call her office at 202-225-5802:

Corey Lewandowski, the early campaign manager for now President Trump, will speak in Michigan at Battle Cry ’18.  He joins a program that already features bestselling author and movie maker Dinesh D’Souza.  Battle Cry is Michigan’s and the Midwest’s premier annual event for conservatives.  The event dates are February 2-3 at the Soaring Eagle Casino.

Lewandowski’s book “Let Trump be Trump” (buy here) is a memoir that chronicles Lewandowski's and co-author David Bossie's experiences working for Donald Trump's 2016 presidential campaign.  Corey will speak about the latest from the White House and all things Washington, D.C. 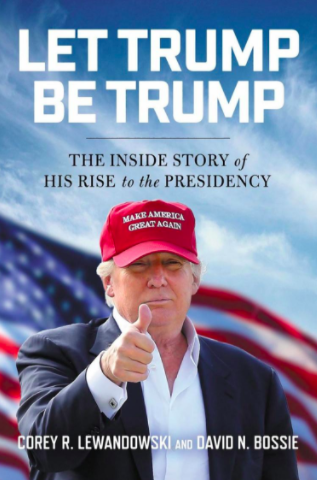 Lewandowski, D’Souza and an impressive list of other speakers will make Battle Cry ’18 the best of yet.  The event is sponsored by the Michigan Conservative Coalition.

MCC notes that Battle Cry is the largest gathering of Michigan’s elected Precinct Delegates, other than at MRP’s statewide conventions.

To see the complete speaker lineup and program, or to register for this event click herehttps://www.eventbrite.com/e/battle-cry-2018-tickets-39944341601 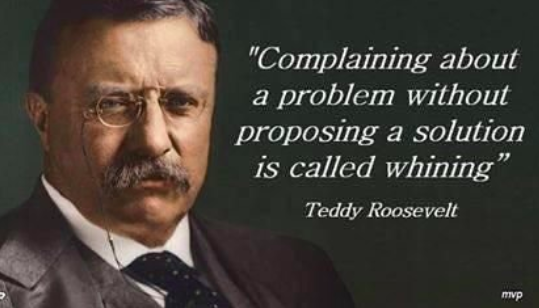 Apparently the “legacy media” (a/k/a the Main Stream Media) thinks its only job is to attempt to somehow embarrass (or worse) President Trump.  That’s why the press conference after Trump’s medical exam was so comical.  Here are the Ten Dumbest Questions Asked: Click here.  Enjoy!

Letter to the Editor: District Chairwoman in Detroit News Op-Ed

Republican activists are encouraged to write letters to the editor to keep the conservative voice in the medias’ email box (if not in their coverage).

The Reforming American Immigration for Strong Economy (RAISE) Act will, If enacted, provide relief for workers, including those in Michigan, by reducing immigration.

To that end, here is a Detroit News Op-Ed piece by Janine Kateff, the 14th’s Chairwoman. In the column she supports the RAISE Act.  THe column is reproduced at this link  http://www.detroitnews.com/story/opinion/2018/01/03/scale-back-immigration-boost-wages/109138602/ 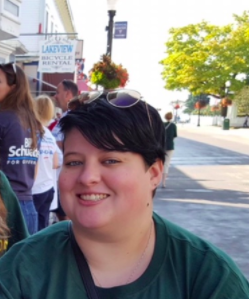 Retired Pontiac police officer Jim Webb is a staunch Republican, but he never forced his views onto his daughter, Jamie.

Today, he “is very proud of the direction that I have taken in recent years.”

Jamie Webb’s history with the GOP is very brief.

“I became a Republican in 2014 when I became a business owner,” Webb says. “I own a small shop in Waterford. It did not take me long to realize that the lawmakers who were trying to tax me more and put overburdensome regulations on my business were all Democrats. I realized that those who were on my side and were rallying for the same principles that I wanted to see implemented were all Republicans.”

It didn’t take Webb long to become active in the party.

“I was elected as a precinct delegate in 2016 at the urging of my mentor and boss, former State Sen. Mat Dunaskiss,” Webb says. “I was later elected to the District Committee for the 14th District. I am also a member of GOGOP (the Greater Oakland Republican Club).

A native of Lake Orion, Webb now lives in Pontiac. She is a 2010 graduate of Oakland Community College, where she obtained an associate’s degree in liberal arts.

Webb owns DIY Vapor Supply in Waterford and is an associate at Dunaskiss Consulting and Development, a multi-client lobbying and government affairs firm in Lake Orion.

Two books Webb says influenced her were “1984” by George Orwell  and “Fahrenheit 451” by Ray Bradbury. Her hobbies include watching movies, wood working, playing the occasional video game,  drawing and taking care of her dog Krikkit, a 115- pound bull mastiff.

“We need to teach and inform people that not only is the Republican Party most often not what they think, but that getting involved in community politics is really the best way for them to have a say in the things that they would like to see changed.”

Are you a member of the Republican 14th Congressional District?  Or what to support our efforts?  Then Snail Mail your $25 membership check to 14th District at 2630 Birch Harbor Lane, West Bloomfield, MI. 48324 (checks payable to the 14th District).

Or you can become a member or renew your membership online athttps://mi14gop.nationbuilder.com/donation. Your dues and other fundraising activities support Republican candidates and organizations in the 14th Congressional District.