In this January newsletter

Today begins 2018 and we are so blessed to live in the best country on the planet.  Let me be among the first to wish you and your family a HAPPY NEW YEAR!

Republicans believe 2017 was an awesome year!   President Trump has rolled back federal regulations, slashed our taxes (THANK YOU DONALD!) and has shown the way to restore freedoms reduced over the prior eight years, appointed a supherb Justice to the Supreme Court and the list goes on and on.  We are blessed to live in a GREAT country.

Don’t forget to “remember in November” that not a single Democrat voted to allow taxpayers to keep more of their own hard earned earnings!!  Not one!   We need to tell our friends, coworkers, neighbors that Senator Debbie Stabenow joined with all Democrats who voted NO regarding Trump’s historic tax bill.   Remember in November! 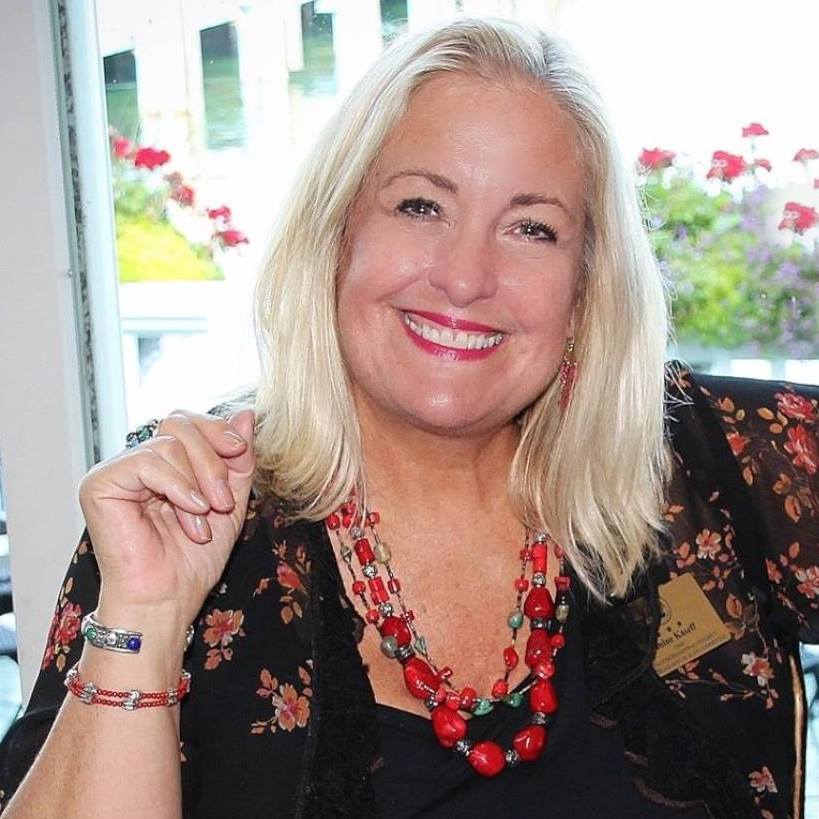 Our 3rd annual Christmas/Hanukkah party was the best yet!  For those who could attend, you know what I mean.

For those who could not attend, make a New Year Resolution to be there in 2018!!  “Kris & Mike”, our emcees for the night, Kristina Karamo (District activist) and Mike Parr (Southfield) did an excellent job to keep the event moving and did a great job.  The Silent Auction, Card Draw, centerpieces donated the Michigan Democrat Party (yes there is a awesome story here) and your generous bidding allowed us to raise significant funds for the 14th CD to use in the 2018 election cycle.

Most of all, we need to thank our generous sponsors who allowed this event to be successful.  Our glorious sponsors are:

We also had three retail stores that donated!  See a separate story below for details about each and please mention the 14th District when you next shop at these store sponsors:

Without these amazing sponsors, our event would have never been as successful as it was. Never.  Please thank them whenever you can!

More thanks are in order to the Fundraiser Committee!  The Committee was chaired by Carol Foster (West Bloomfield), with key roles by Cheryl Constantino (Harper Woods) who organized the silent auction, and Terry Poplawski (another District activist) who donated and set up all of the decorations.   Special thanks to Christina Barr (Pontiac) and her sister who sang for us.  WIthout all these volunteers the event would not have been the artistic and financial success that it was.

Details of the financial results will be reported at our January meeting, but it safe to say this was the single best fundraiser ever held by the 14th District.  It was a festive way to kick off the Holiday season!

Pictures from this #MAGA event are on Facebook at https://www.facebook.com/mi14gop !

After we all get settled in after too much holiday nog, too many football games and are back on our diet we quickly come upon a very significant national holiday.  January 15, 2018 will mark M. L. King Day.  Dr. King’s message of nonviolent protest to achieve some incredibly significant accomplishments might, today, we unwelcome.  Protesters today seem bent on violent intolerance to draw attention to themselves and not to obtain the actual “goals” (which are often unclear to start with).  So take a moment on this day to remember Dr. M.L. King!

The December MRP State Committee meeting was important for the 14th.  One of our State Committee members, Christina Barr, was elected to the position of Vice Chair-Coalitions for the Michigan Republican Party.  This is statewide position, so congratulations to Christina. Her election means that the District now has a vacancy on State Committee because Christina can not serve in both capacities. We will have an election at the January meeting after SOS candidate Mary Treder-Lang  speaks.

Happy New Year to you and your families, 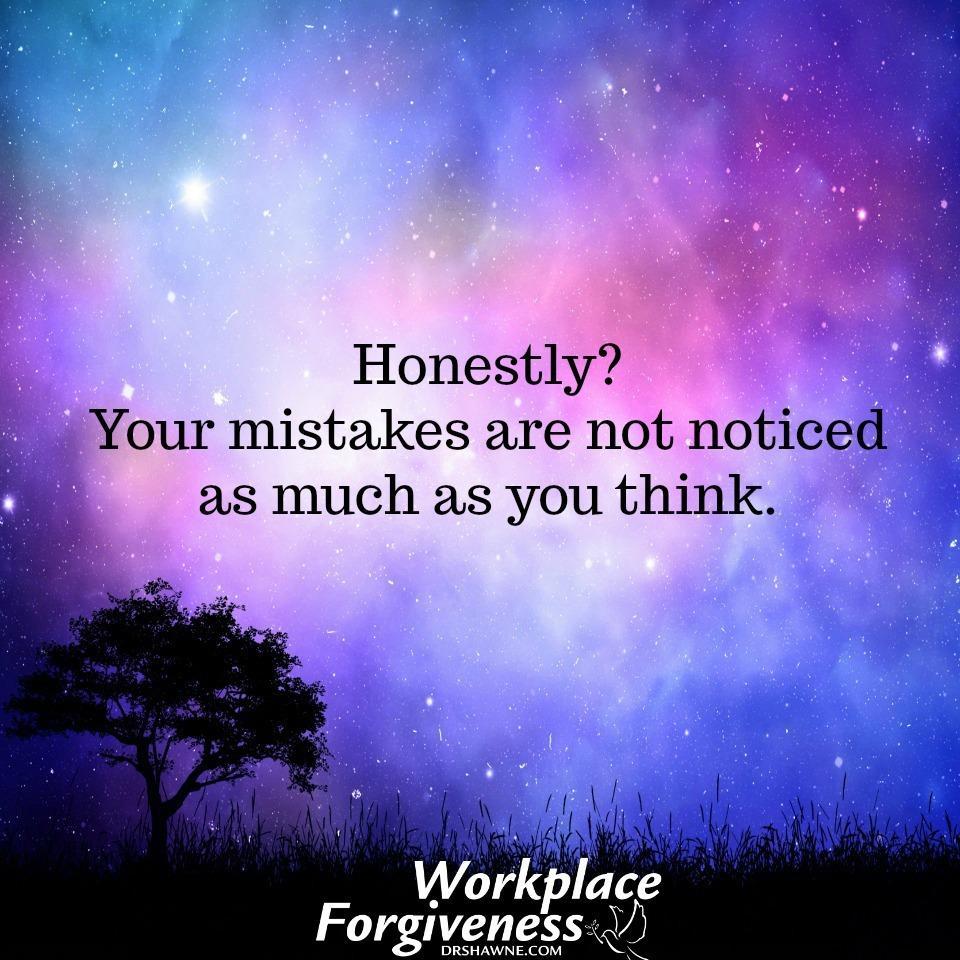 Are you a member of the Republican 14th Congressional District?  Want to join the 14th District?

Each year we get asked “are your dues paid?”. To help you get this task crossed off your list, we are hosting a membership drive starting now and through February.

You have two options to join or to renew your 2018 membership;


Dinesh D’Souza to Speak in Michigan on February 2-3 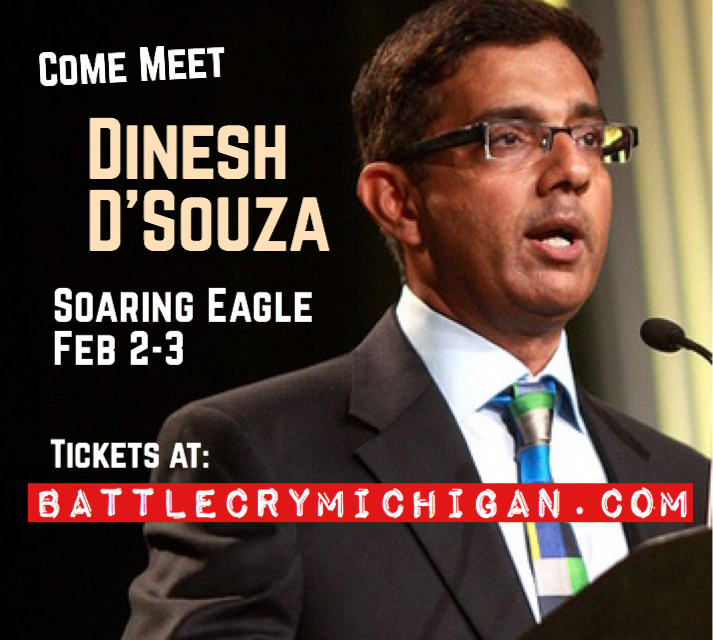 This year the Battle Cry theme is “Can You Hear Us Now”.

Another featured speaker will be grassroots leader and activist Paul Nehlen, who is seeking to unseat Paul Ryan (R - WI).  Nehlen seeks election to be 100% on board with the Trump agenda and help “drain the swamp”. Click here to learn more.

Other speakers will announced for the 2018 program.  To attend this premier gathering of political conservatives in Michigan register here https://www.eventbrite.com/e/battle-cry-2018-tickets-39944341601

Our Republican activists are encouraged to write letters to the editor to keep the conservative voice in the media’s mailbox (if not in their coverage).  To that end, long time activist Ed Kohl wrote this letter to the editor at the Detroit News as he noted (likely not the first time, either) that the News had a slanted view of the our President Trump.  That letter is reproduced below:

Your Trump bashing continues on the news pages rather than the opinion pages where opinions belong and further demeans the integrity of a once great newspaper.

Where were your “Obama’s behavior in office” with his $150B gift to Iran, Benghazi failure, ignored “Red Lines”, immigration failures, etc?

You did not because your agenda is to destroy the Donald Trump administration.

The once great, objective Detroit News has sold its soul and lost its way

Special Thanks to our Donors

Though we thanked all donors earlier to recognize their role in making our Christmas/Hanukkah party such an important success, one type of donor needs extra recognition.  They will get it that recognition here!

All but a handful for donors were candidates who really seek our vote and/or endorsement.  That is awesome to help keep our Republican principles alive in office.

Our other major type of sponsor was retail entrepreneurs.  They seek our “endorsement” by patronizing their business and by telling our friends to do that, too.   So special recognition to our retail donors!   Remember them when you are in the market for what these supporters sell! Thanks to these special donors: 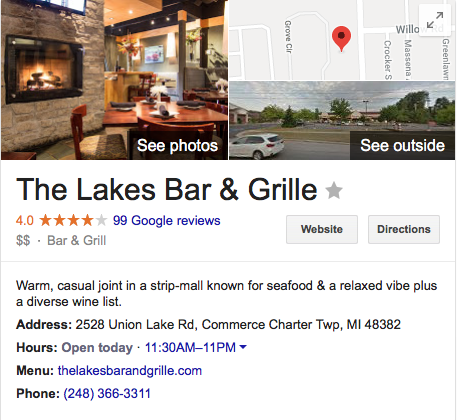 The 14th District’s podcast project is taking the needed steps toward launch in 2018.  The podcast will focus on growing the Republican “brand” and will deliver the Republican messages to podcast listeners, who often are often younger voters.

The working name of “Right On 14th” now has a draft logo which is this: 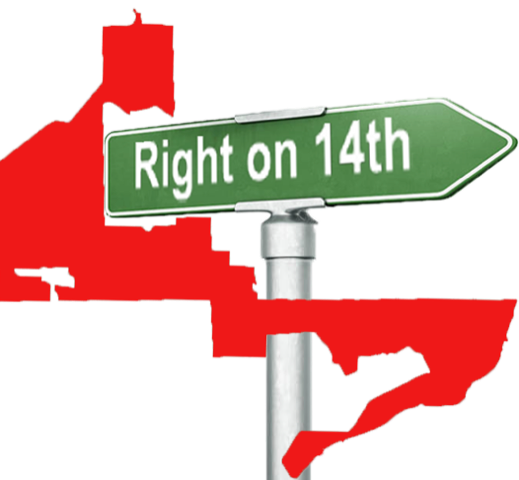 The podcast series will launch in 2018 as the team clears various technical and legal issues. Congratulations to Mike Parr (Executive Committee member from Southfield) and Kristina Karamo (District activist) for leading this effort.

To help educate Michigan voters, the 14th District Monthly newsletter summarizes selected issues on which OUR current Senator actually voted.  In November 2018, informed citizens will decide if she votes for US or for a Democrat party that is completely out of touch with citizens.