At our May 18 meeting of the 14th District we decided to cancel the June meeting.  Due to the recent intense period of political activity and the intense period of re-elections we face in 2018, we agreed that taking a well deserved summer break was in order.  With this decision, our next scheduled 14th District meeting will be September 14. Please plan to meet with your committee a few times between now and September 14.

We sold thirty eight meals (at $12 each) at our May 18 meeting at Prime 10 (a Kosher restaurant). Forty eight Republicans attended the meeting. As we had committed to purchase forty meals, the 14th District paid the balance due (a total of $24) that was owed as part of our commitment. Thank you to those who attended and supported the meal purchase program. As you know, through our internal survey, the 14th District Committee chose to meet at a restaurant where meals would be available for those coming directly from work. To secure a free venue, you may also recall we had to commit to purchase forty meals per meeting.  As the Prime 10 venue seems to be convenient we intend to secure it for future meetings.  So help out by planning to purchase a meal at the next meeting!  Thank you in advance for your understanding and support in this matter.

The May 2017 MRP State Committee meetings were held just a few weeks ago in Lansing. Those attending heard the message that there is much to do between now and the 2018 election cycle.  We will work to re-elect Republicans for Governor, Lt.Governor, Attorney General, Secretary of State, numerous Michigan House and Senate seats, fourteen U.S. Congress seats, a U.S. Senate seat and numerous city elections. Our challenge is immense and yet is do-able.

As we hear about campaigns and candidates of interest to the 14th District we will publicize as many as we can in this newsletter.   Please help us by passing along information to me about the many races that will be held in the 14th District.

At our May 18 District meeting we had two politicians speak who are in the middle of the election mix.  First, Representative Klint Kesto (R - District 39) spoke about issues he is pursuing as Chair the House Judiciary Committee.  Representative Kesto is term limited in 2018, so his State House seat will be open. Kesto has not announced his future intentions. We also had Speaker of the House, Tom Leonard (R - District 93), talk about a variety of topics from income tax reform, teacher retirement pension reform, American Laws for American courts and term limits.  Speaker Leonard is also term limited in 2018 and, like Representative Kesto, he will likely be seeking another elected office - so we can look forward to hearing more from them.

We will hear many more announcements in the months ahead as candidates communicate their message and seek our support.

The 14th District has discussed how we, as leaders, need to spread the word about conservative principles of the Republican Party.  There are many ways to effectively leverage your time to do this.  Speaking at community events is one way and another is to write an op-ed piece for your local news service.  Two of our 14th District friends did that latter one!  We are so blessed to have such thoughtful and energetic Republicans in the 14th!  See what Eugene Greenstein and Grant Strobl did by reading their work below.

One of the more visible and popular events in the 14th District is the annual Walk for Israel held at Temple Shir Shalom in West Bloomfield.  This year was no different.  Those attending had to listen to Senator Gary Peters talk about the Democrat’s “strong support” of Israel, when for the last eight years the Democrats have ignored the State of Israel. A record number of Republican enthusiasts participated and proudly Walked for Israel. Part of the GOP participants at Walk for Israel 2017

Father’s Day is June 18. This is a special day set aside to remember and honor dear old dad.  Whether it is a BBQ, a card, a quiet conversation, or a prayer, most fathers played a huge role in making us who we are today.

Happy Father’s Day to our very special dads! We thank you for your support, love and role that you played in our lives.

All Republicans are welcome to attend this open meeting in September!  Please join us with your ideas, energy and help us grow!

Warm regards and honored to serve,

Lena Epstein, who many of us met when she served as Co-chair for Donald J. Trump, has announced her intention to defeat long time Democrat Senator Debbie Stabenow and win a seat in the U.S. Senate.

Lena is a millennial, automotive-industry businesswoman, community leader and national recognized conservative. She is a third-generation co-owner of Southfield-based Vesco Oil Corporation, one of the largest distributors of automotive and industrial lubricants and supporting services in the country. Vesco is a certified Women Business Enterprise (WBE) with more than 200 employees. She regularly appears on national and local media where she speaks in favor of Trump’s “America First” policies.

Lena released a website with a video at www.LenaForSenate.com.  We are so proud that Lena has come forward to win this important national position.  Go Lena! 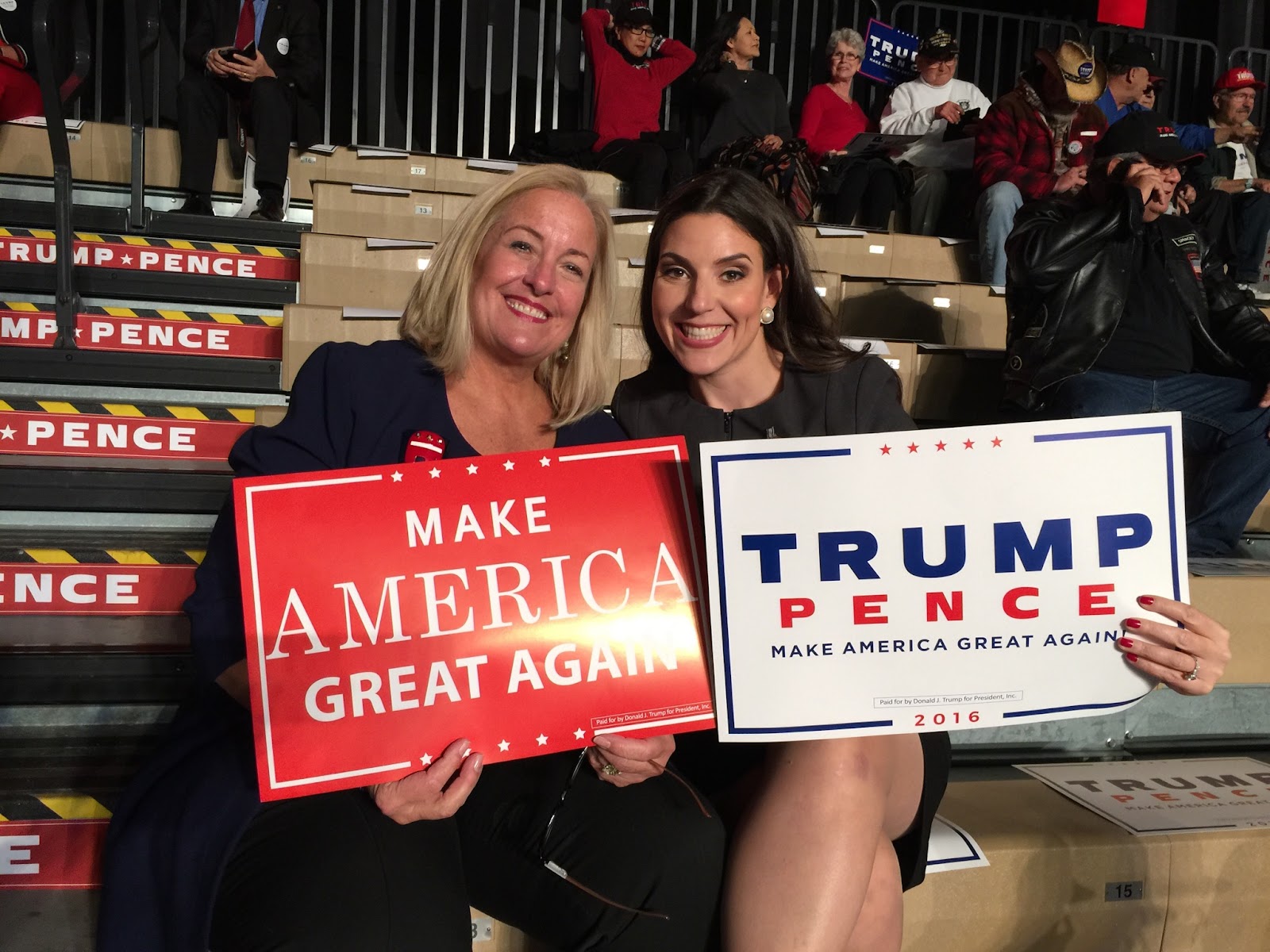 Eugene Greenstein, a long time Republican activist and immediate past president of the Zionist Organization of America - Michigan Region, had the following op-ed published in the Jewish News. The op-ed piece points out similarities between Jewish persecution and the unconscionable Chaldean (Christian) genocide happening now in the middle east.  Eugene’s views appeared in the May 11, 2017 Jewish News and the op-ed may be read in its entirety below: 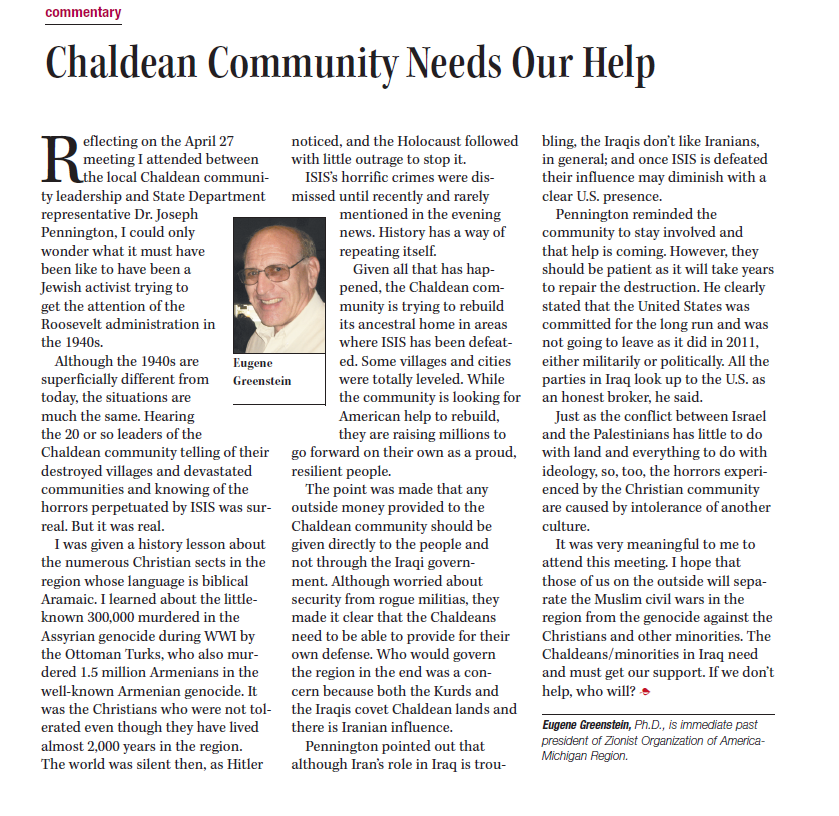 Your Democratic 14th Congressional District U.S. Representative Brenda Lawrence has been busy in Washington, D.C.  Here is a recap of several of her recent and shocking votes.   Her role in supporting the Democrat Party line and not Michigan values can be seen very clearly here. Her votes are often like this:  think of a logical idea and then vote the opposite way. After reading of her positions, please call her office at 202-225-5802:

The “Ladies Night Firearm Safety and Proficiency” class was SOLD OUT.

Special thanks to 14th District State Committeeman Robert Oestreich and his wife Debbie who spearheaded our first fundraiser for this two year cycle.   This very successful event was Second Amendment focused and was held at Firing Line Indoor Gun Range.    Attendees ranged from experienced CPL weapons owners to beginners who came out to learn the basics.

With a “packed house” the ladies learned basic skills from Michigan IDPA State Champ for 10 years Robin Boruta. After learning basic skills, and a question and answer period, there was  time at the firing range to highlight what was learned.  The evening ended with each lady taking home their target and wearing a big smile (for some after successfully firing a gun for the first time).

Special thanks to Instructor Robin, Firing Line Indoor Range (www.firinglineguns.com) and each woman who attended this fundraiser.

Quotes from various participants at this event: Freedom of Speech at the University of Michigan

Grant Strobl, a two term elected member of our 14th District Committee, is Chairman of the National Young American’s for Freedom.  As Chair of YAF he is frequently tossed into the middle of campus (lack of) free speech issues such as the recent Ann Coulter flap at U of California - Berkeley.

Grant wrote an op-ed piece about free speech issues at the University of Michigan which recently appeared in the Detroit News.   Click here to read the entire op-ed.

Strobl, who is a senior at Michigan, says that there is much more to hear about free speech issue Michigan, but op-ed word length limitations capped his enthusiasm.  So stay tuned!

Generally meetings will be on the third Thursday of each month, however, prior to each meeting we send out a “Call to Meeting” announcement with specific details.  Dates set are as follows so please mark your calendar and plan to attend: 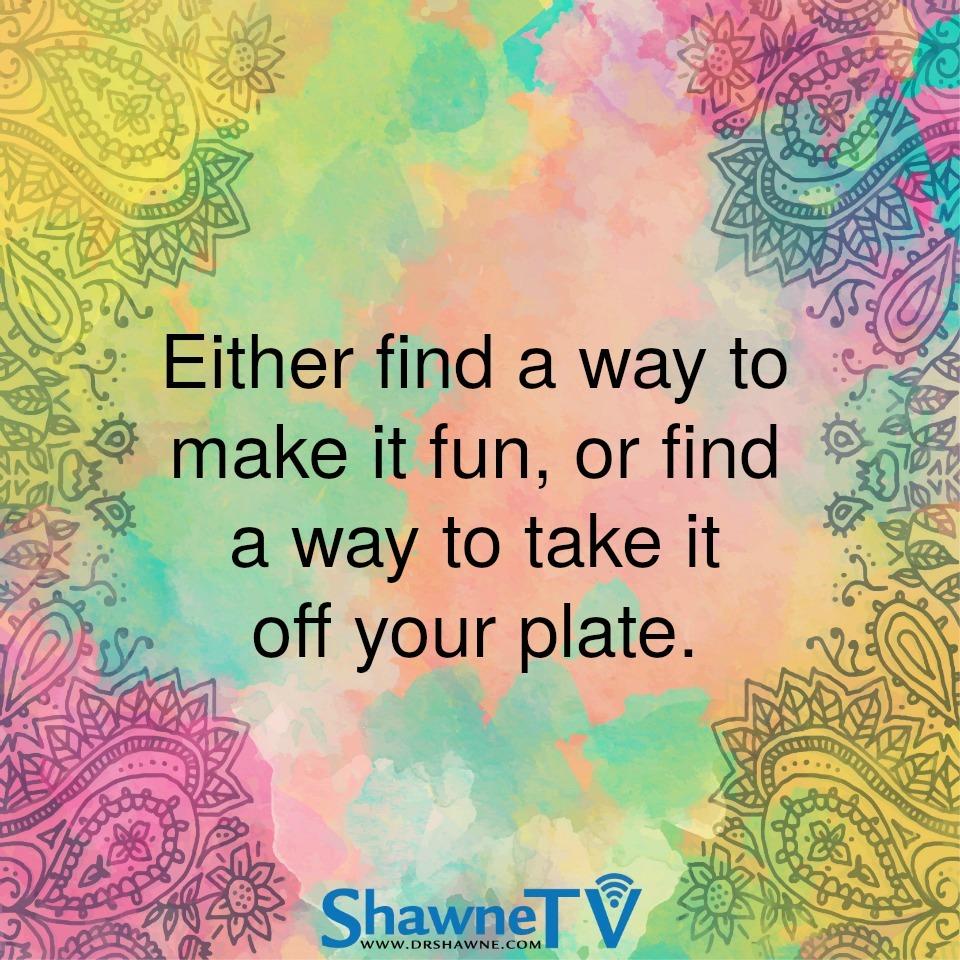 Bill Belcher was raised in the Democratic City of Garden City in a Democratic household.  His father thought FDR saved the world.

But the son soon saw things differently. Belcher’s tour of duty in the Air Force, when John Kennedy ran against Richard Nixon, convinced him that he was a Republican.

“When you are in the military you study world politics because it affects where you might be next week,” Belcher said. “I was exposed to people from all over the country, and heard different views from what I had grown up with.” 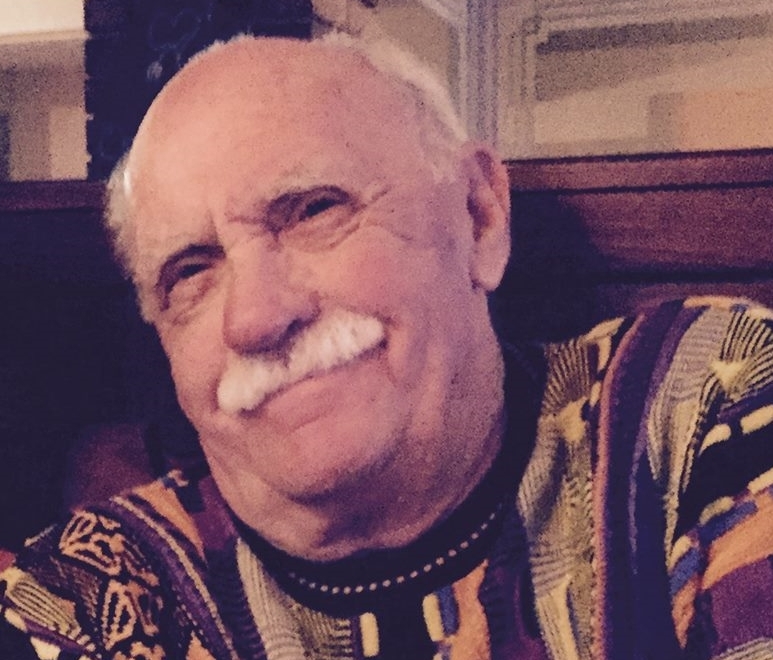 Returning from his tour, Belcher went into the real estate and mortgage business for the next 40 years and at one time owned and operated two real estate offices. But it took his nascent Republicanism a while before it manifested itself.

His community involvement during the 1970s included serving on a number of boards and commissions. He spent five years as chair the Garden City Tax Board of Review and  later headed the campaign for a multi-million-dollar school bond issue. He was elected to three terms on the Garden City Council. It was on this path working with planning commissions, zoning boards and elected officials where Belcher learned the difference between conservative and liberal values and became a lifelong conservative Republican.

Belcher is a past president of the Garden City Jaycees. He said the Jaycees became the focal point of his activities for many years, giving him the opportunity to work “with some great conservatives like Dick Headlee and on many local and state elections,  such as working door-to-door for Patrick Duggan running for municipal judge.”  Patrick Duggan is Detroit Mayor Mike Duggan’s father.

Now 76, Belcher said he was elected precinct delegate as he became more active 10 years ago.

“I was throwing too many shoes at the TV,”  he said, explaining the motivation for his involvement.

Belcher served as campaign manager for State Representative Bill Keith, who represented Garden City, Inkster and a portion of Westland from 1973 to 1982 and again from 1993 and 1994. Belcher moved to Farmington Hills about 20 years ago and since then has served as manager of volunteers for Rocky Raczkowski’s 2010 Congressional campaign and campaign manager for  Raczkowski’s 2014  State Senate bid.

He currently serves as president of FAR (Farmington Area Republicans) and is a long-time executive committee member of the Oakland County Republican Party. He served as co-chair of the old 9th Congressional District and as community caucus chair at Oakland County conventions.

Belcher said that in the 14th District, the party should “reach out to like-minded people to get them to vote their values rather than their parties. We need to show them we are not just a bunch of old white people, but that we think a lot like they think.” 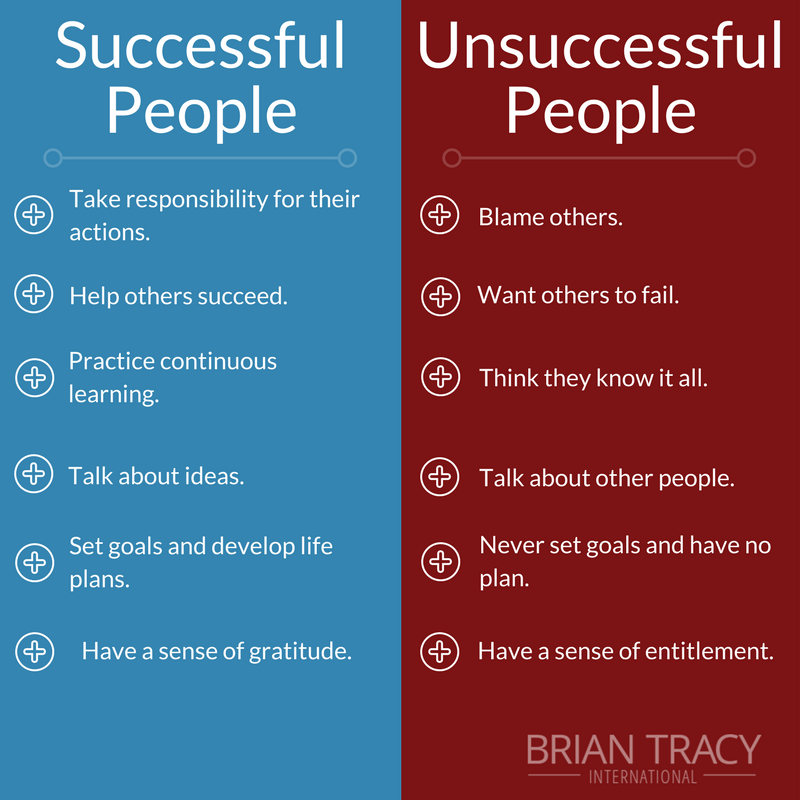