In this March newsletter:

At the Saturday, February 11, 2017 State Convention meeting, one aspect of the “growing the Party” became crystal clear.  Our new MRP Chairman, Ambassador Ron Weiser, told the Convention at its wrap up meeting, that he wants to grow the Party. He told the 14 District Chairs and the State Committee members that he will give $10 for every precinct delegate recruited.

Specifically, the MRP will donate to our 14th District Committee $10 for each new precinct delegate we sign up.  Nothing works better than financial incentive!

With our biennial planning meeting coming up on Thursday, March 16 (see details below) we need to take advantage of this financial incentive to get many new precinct delegates signed up over the next two years. The money we generate will support 14th District candidates in 2018.

The MRP’s process to renew and regenerate its leadership was completed in Lansing at the February 10 and 11 State Convention.  Congratulations to all who sought election to any position, your efforts have not gone unnoticed.

The 14th District meeting on Friday night, February 10, was amazing

and a long night.  The reason for the long night? We had approximately 55 candidates running to fill 22 positions (three positions were unopposed).

It is awesome to think that we have that many people interested in serving. And most amazing is that “we the people” voted in a very democratic process. The newly seated members are the people’s choice. The fact that we had so many interested candidates is also fantastic. The 14th District has come so far and is alive and well!

I could not be more proud of the 14th’s passion for involvement and how the election process was open to all who were interested.  Truly, democracy in action.

Other Districts that ended their meetings earlier likely had a “slate” election process (a slate being a predetermined list of pre-selected candidates) or had less candidates willing to volunteer.  The 14th District has over the years, rejected the notion of “slates”.   NOTE - Our process allows for ANYONE interested in serving to step up during the nomination process, announce their candidacy and then potentially be elected. Fair, Open and Transparent.

Our election was a grassroots process, and bottom up. Anyone who wanted to run had the same opportunity as the next person, Delegate or not. The process worked and the people spoke.

As a result of our deliberative process what happened?

As you’ll see below, the new District Committee is a politically diverse and politically involved group.  Each member has already made significant contributions to the Party and now each has volunteered to do even more.

As we shift our focus to the 2018 elections, we know what is at stake in Michigan.  Michigan has an opportunity to replace current Democratic Senator Debbie Stabenow in 2018.

Also, we’ll have over 50 open spots in Michigan to fill in 2018 - Governor, Lt. Governor, Attorney General, Secretary of State, Michigan Senate seats, Michigan House seats, and many more. There will be a lot of work to keep Republican in leadership across the board in Lansing.  On the national scene, several Congressional Districts may be in play for the GOP.  Check out this analysis of four Michigan Congressional Districts that could flip.  http://www.theballengerreport.com/four-michigan-cds-national-rising-trump-list/#.WJUtxPn9pNo.linkedin

The 14th District is not mentioned in this analysis.  Our “gap” to victory is larger, but not unattainable provided we have the right candidate and an MRP supported plan.  Anyone looking at our current U.S. Representative’s voting record would be SHOCKED to see how out of touch she is.  Stay tuned for more on this topic!  We may have the very candidate that could win.

Let’s also remember we have Michigan House District 1 Representative Brian Banks’ resignation and the need to fill that vacancy with our own hopeful Will Broman. Stay tuned for more on this special election opportunity.

The first 14th District Republican Committee meeting will be a planning meeting to set goals, create a mission statement and set a future meeting schedule for the next two years.  Please join us!  NOTE - Cheryl Constantino found a free venue for our first meeting. It is on a College campus that has Republican values! Yes, indeed - you will hear more about this. Papa Romano's Pizza, salad and breadsticks will be brought in for this first planning meeting at $5 a person.

All Republicans are always welcome to attend this open meeting!  Please join us with your ideas, energy and help us grow! 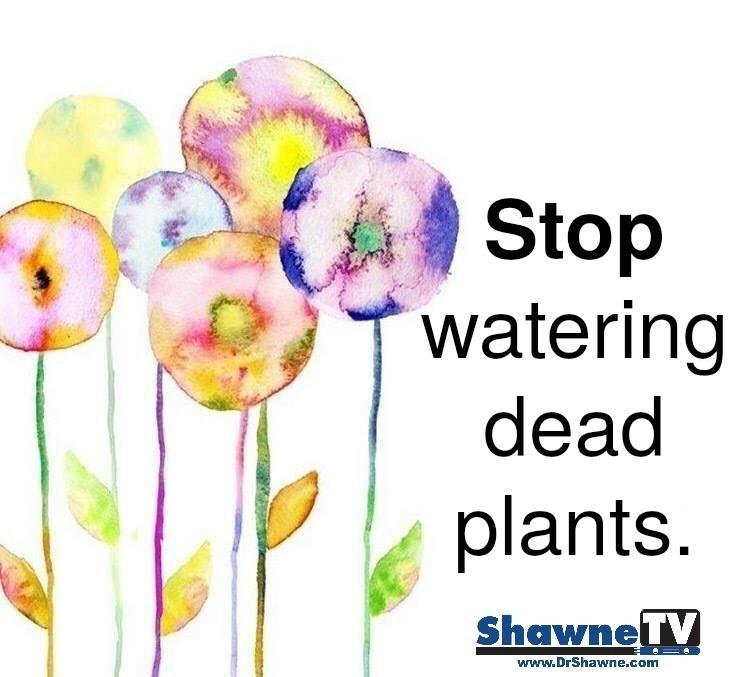 The monthly (1st day of every month) 14th District newsletter will launch a new featurethis month.  Every other month we will report Democratic Senator Debbie Stabenow’s voting record to demonstrate just how out of touch she is.  In our first vote summary, Stabenow voted AGAINST the idea of a balanced federal budget.  She also voted against all of President Trump’s Cabinet nominees. See her complete recent voting summary in an article below..

Our newsletter’s popular summary called “Congresswoman Brenda Lawrence Votes for Us” will continue as well.  We will share each of these Democrat’s bad voting patterns with you in every other monthly newsletter.

With the anti-Trump “protests” appearing nightly on your favorite television “news” program, it was just a matter of time before a PRO-TRUMP event appeared.   One has.  The “MARCH4TRUMP” event, will be held in Washington, D.C.---no surprise---on March 4, 2017.  Learn more about the national effort here https://www.march4trump.com/about/

How can you get involved in Michigan?

Numerous groups have organized Michigan March4Trump rallies, with all locations timed to be in line with the noon to 2 p.m. (ET) time window of the Washington event.  As of the date of of this newsletter, a ten or so locations are expected to hold March4Trump events in Michigan.   Some Michigan events will be modeled after the successful “flash mobs” used during the 2016 election cycle.  Learn more about those Michigan locations here Flashmobmichigan.com or here https://www.facebook.com/michiganconservativecoalition/

A main location for March4Trump rallies will be in Lansing.  In Lansing a rally will be held at the State Capitol (100 N Capitol Ave, Lansing, MI 48933) on the east stairs and lawn from noon to 3 pm.  Questions about this Lansing event can be addressed by email to [email protected]

Dr. Thomas Sowell is a Senior Fellow at the Hoover Institution at Stanford University

US Senator Debbie Stabenow “Votes for Us” in DC

Michigan will elect a U.S. Senator in 2018.  To help educate Michigan voters, the 14th District Monthly newsletter will summarize selected issues on which “OUR” current Senator actually voted.  In November 2018, informed citizens will decide if she votes for US or for a Democrat party line that is out of touch with citizens.  Of course, President Trump already helped us see that the problem is, in fact, out of touch politicians.  After considering her positions, please feel free to call her office at 202-224-4822 or 313-961-4330 to express your thoughts.  Tell her we are watching:

Recap of the State Convention

The 14th District meeting in Lansing had a spirited display of democracy in action.  As mentioned above in this newsletter, about 55 citizens ran for election to fill 22 contested elected positions (three positions were unopposed).  Listed below are the persons elected to lead the 14th District for the next two years.  It is an impressive group of activists, leaders, elected officials and leaders of the future!

The MRP also elected new leadership for the next years.   Below is the list of those elected and, for convenience, a contact email address for each person.  We have a lot of work to do for 2018 and let our leaders know what is expected of them and let them know how YOU can help!

Oakland County Republican Party Youth Chair Paul Stephens announced that the 2017 Lincoln Scholarship competition is underway.  The Scholarship award is open to Oakland County high school, home schooled and college students. The topic of “tell us what you believe makes America great” can be addressed in an essay, video or other creative work.  All submissions are due April 4, 2017.

In making the announcement, Stephens said that submissions should “highlight the elements of American culture which exemplify our exceptionalism as a nation”.

Learn more at the competition website www.ocrplincoln.org.  Or connect with Paul at 248-797-5028 or email him at [email protected].

The winner will receive a $1,000.00 scholarship award, plus VIP tickets to the 128th Annual Oakland County Lincoln Dinner.   As this is an open competition, please pass this information to anyone eligible for the competition.

When you stop at your favorite Starbucks for your next coffee, keep in mind how Starbucks views you.  Basically, Starbucks has said “if you don’t agree with our positions, then take your money elsewhere.”  While the internet has somewhat “misquoted” their exact position (boy, is THAT a shocker), here is what really happened  http://www.allenbwest.com/erichall/should-christians-dump-their-starbucks-shares

Another approach that some dedicated coffee drinkers are considering is to order their coffee from a firm owned and managed by veterans of military service to the USA.  Check out this coffee source  http://www.blackriflecoffee.com/  Their brand names are, well, interesting!

The “coffee wars” may have only just begun! 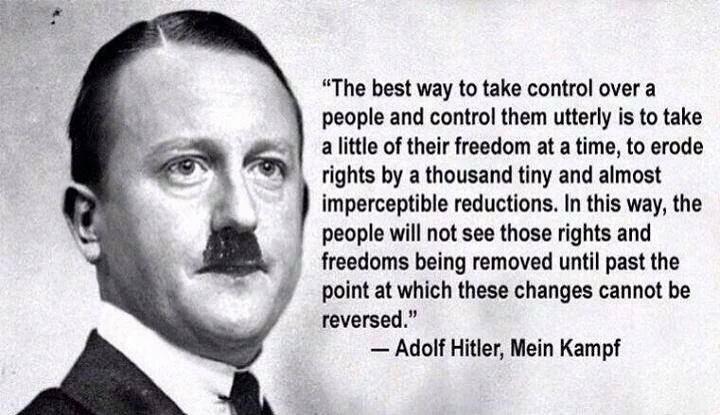 Are you a member of the Republican 14th Congressional District?  Mail your $25 membership check to Treasurer Chris Konja, 6575 Stonebridge E., West Bloomfield, MI. 48324.

Or you can become a member or renew your membership using this link https://mi14gop.nationbuilder.com/donation. Your dues and our other fundraising activities support Republican candidates and organizations in the 14th Congressional District.