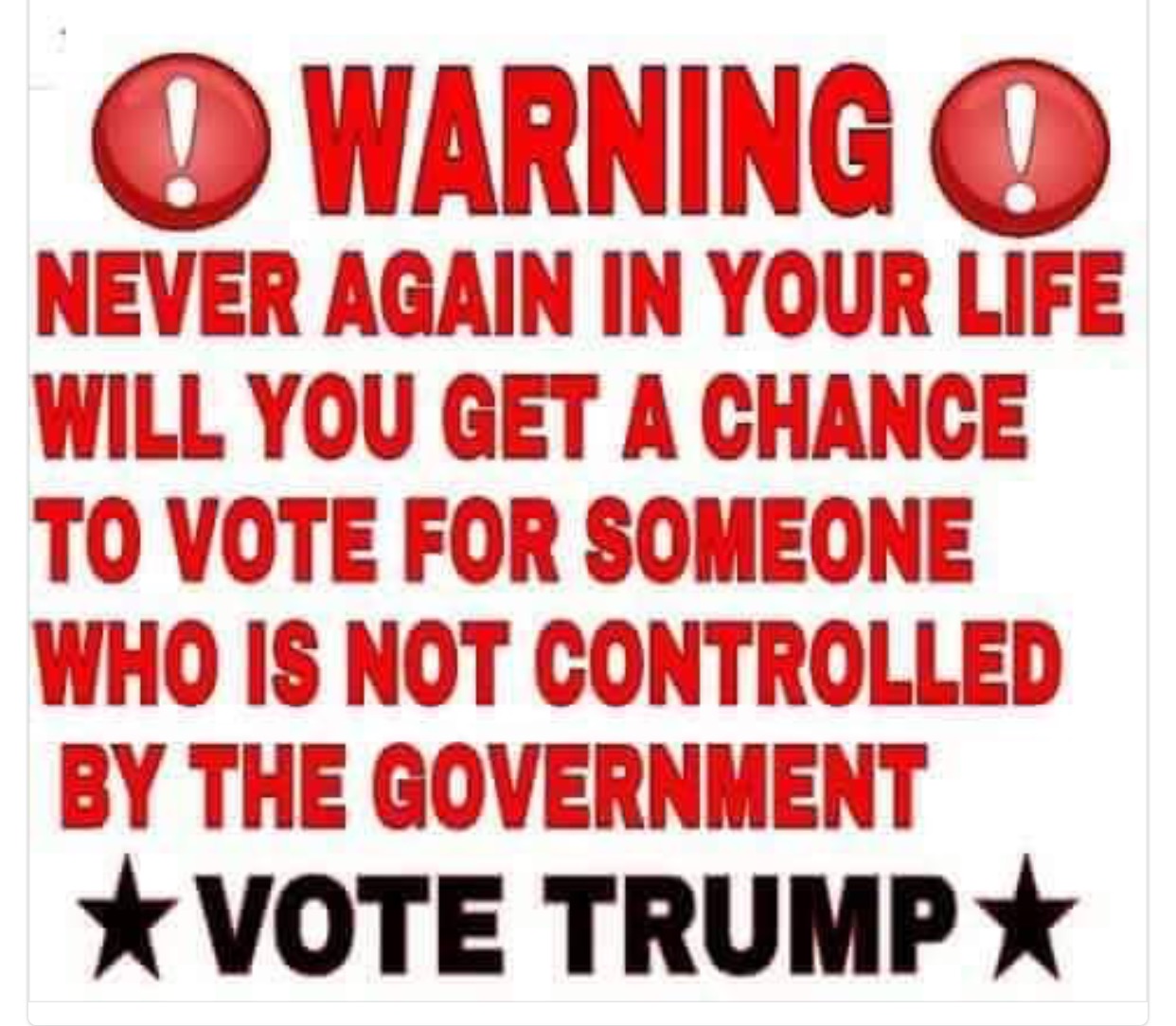 The Trump campaign and the Trump movement are going strong in Michigan!  Several members of the 14th Executive Committee have been named as Oakland County Co-chairs for Trump:  Karen Faett, Jennifer Oram and me.  It is such an honor to be selected by the Trump campaign for this role in the most important county in Michigan to get Trump elected.  Also, Andrew Richner, a Kasich bound delegate to the RNC Convention in Cleveland, has been named as a Wayne County Co-chair for Trump.

A few Republicans continue to “drag their feet” regarding endorsing Trump.

I will only ask that anyone reading this newsletter who feels that way to consider this.  Do you really want a career liar, corrupt insider, and globalist who has little interest in advancing the American way of life to be elected President?  I know as a Republican you do not want this.

If you do not want to help elect a Democrat in November, then do something for Trump.   If you need ideas about how to help, let me know. Surely you can plant a yard sign at your home or business.  Maybe wear a Trump shirt when you are out and about.   Walk lists?  They are waiting for volunteers.  How about using TrumpTalk, the latest high tech way to call potential voters for Trump.

This is prime time to do all things needed to elect Trump. You are needed NOW!

If you need even more incentive to get involved, please know that absentee ballots across Michigan were mailed by each municipality before September 30 (also known as yesterday). The November election process has already begun!

I hope that all who could did attend one or both of the Trump flash mob events.  Thousands of Trump supporters turned out statewide for each of these!  Congrats to the volunteer organizers!  Can some of the flash mob excitement by scrolling through this Facebook link https://m.facebook.com/michiganconservativecoalition/

With all the excitement of Trump being in Novi yesterday, let’s not forget that Mike Pence will be in Macomb County on October 17.  Check out the details here

Bill Rauwerdink, is our elected 14th District member of the Electoral College. Bill was elected at the August MIGOP State Convention in Grand Rapids. After Donald Trump is elected as President of the United States on November 8 he, along with other elected Electoral College members, will cast their vote at the Michigan State Capitol as part of a ceremonious event. Make us proud Bill and congratulations!

So many firsts have happened in the 14th District!   Another example:  The 14th District Republican Committee has made campaign donations to candidates in the District.

With special thanks to:  our primary fundraising event led by Robert Oestreich;  our 2015 Holiday Party Event (led by the Holiday Party Committee of Gloria Rocha, Donzell Green and Matt Schonert); and our dues collection, we were able to donate to 14th District candidates!

At our September meeting the 14th CD Executive Committee voted to make campaign donations to the following candidates.*

* NOTE*:  Treasurer Chris Konja, before issuing a check,  will need specific data from each of the above candidates to comply with Michigan reporting requirements. Please contact Treasurer Chris at  [email protected] if you have not yet received a check from the 14th District.

Best wishes to ALL of our candidates on November 8!

An excellent time was had by all at the Eastside Republican Club’s annual dinner event held on September 29 at the Grosse Pointe Yacht Club.  Speaker Scott Hagerstrom, Michigan Chair of the Trump Campaign, shared the state of the campaign in Michigan,  as well as an overview of the national scene.  We were invigorated to hear the great news about our next President of the United States - Donald J. Trump. This was a great event!

All Republicans are always welcome to attend this open meeting!  Please join us with your ideas, energy and help to us grow!

Thank you for ALL You Do!

The 14th District, led again by Robert Oestreich from our Executive Committee (Thank you Robert), is sponsoring a skill development class “Drawing and Shooting from Concealment”.  This is a one night advanced class for citizens who hold or are applying for a Concealed Permit License (CPL).  Space is very limited. Learn all the details and register here: 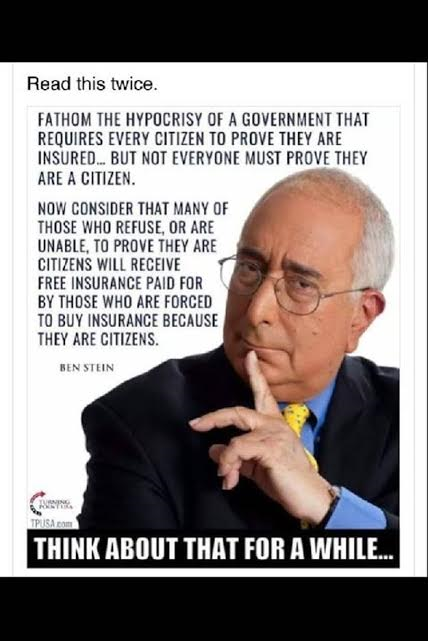 Are you a member of the Republican 14th CD?

Mail your $25 membership check to Treasurer Chris Konja, 6575 Stonebridge E., West Bloomfield, MI. 48324. Or you can become a member or renew your membership using this linkhttps://mi14gop.nationbuilder.com/donation. Your dues and our other fundraising activities support Republican candidates and organizations in the 14th Congressional District. 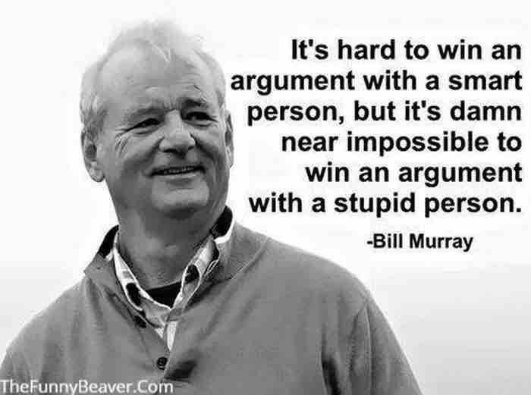 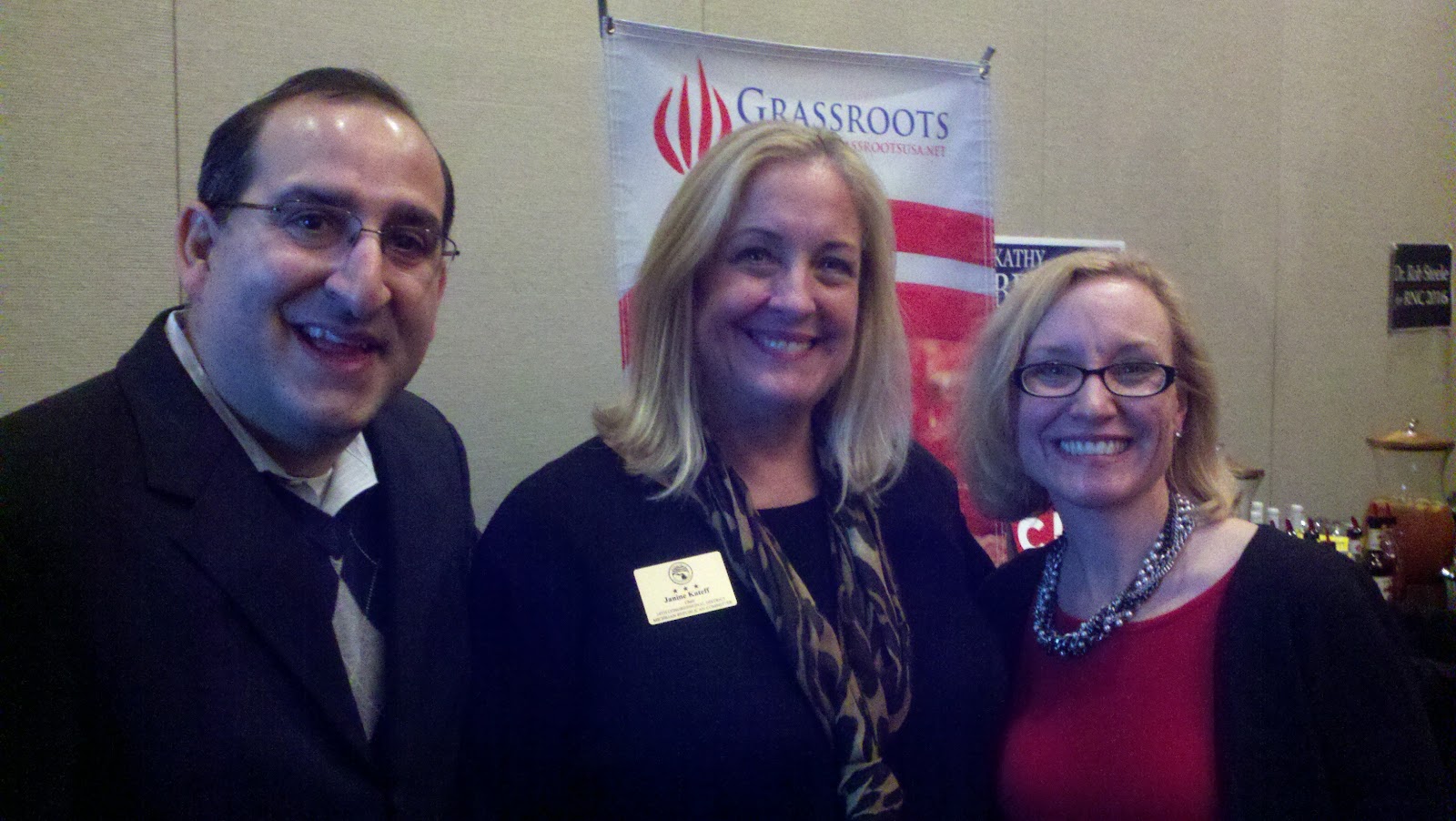 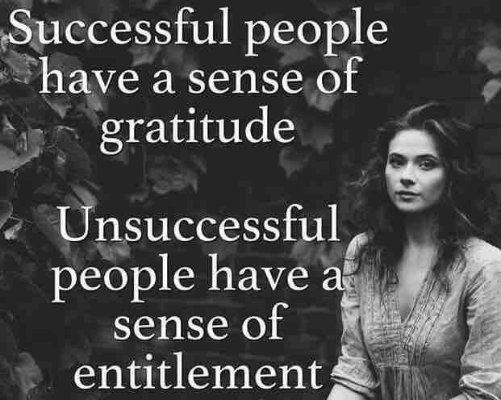 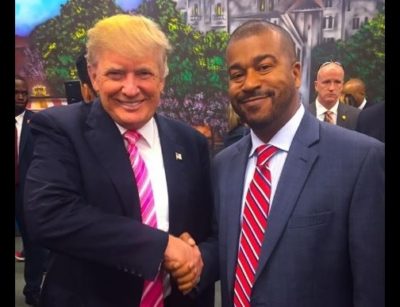 Shocking and right here in Detroit.  Wayne Bradley, a member of the 14th District Executive Committee and a local radio personality, has been dropped by his radio station for supporting Donald Trump for President.   Wayne has been pulled from local airwaves for supporting Trump after the New York businessman visited Detroit and Bradley appeared with him at a local rally.

Bradley, a black Trump supporter, took to Facebook to say that he was put on “hiatus” after Trump visited Detroit, saying he (Bradley) has “not been allowed back on the air since.”

Janine Kateff, 14th District Chair, said “How can a radio station claim to be a voice for the community, when its actions silence a part of the community. Wayne had a great radio show.”

Learn more about how to contact the station to express your thoughts here http://www.theamericanmirror.com/detroit-black-radio-host-pulled-air-trump-supporter/

Your Democratic 14th Congressional District U.S. Representative Brenda Lawrence has been busy in Washington, D.C.  Here is a recap of several of her recent and shocking votes.   Her role to support the Democrat Party line and not support Michigan values can be seen very clearly.   Her votes often are like this:  think of a logical idea/opinion and then vote the opposite way.   After considering her positions, please feel free to call her office at 202-225-5802.

Robert Oestreich was raised in a Republican household where family, morals and values were instilled and important, so he probably didn’t need much of a push.

But he wondered aloud to a neighbor about how Democrats think and view many issues so differently. The neighbor proceeded to shower him with a stack of articles ranging from politics to economics.

After reading them, “I knew I was a conservative,” Oestreich recalls.

“In college, I became fed up with hearing my college professors trying to shove liberal ideology down my throat and I always thought of that as inexcusable,” Oestreich says.  “While commuting to college, I listened to libertarian and conservative talk show host Mark Scott, as well as other local and national radio hosts, and read. My growth as a conservative Republican leaped exponentially.”

Oestreich is a very active one right now. 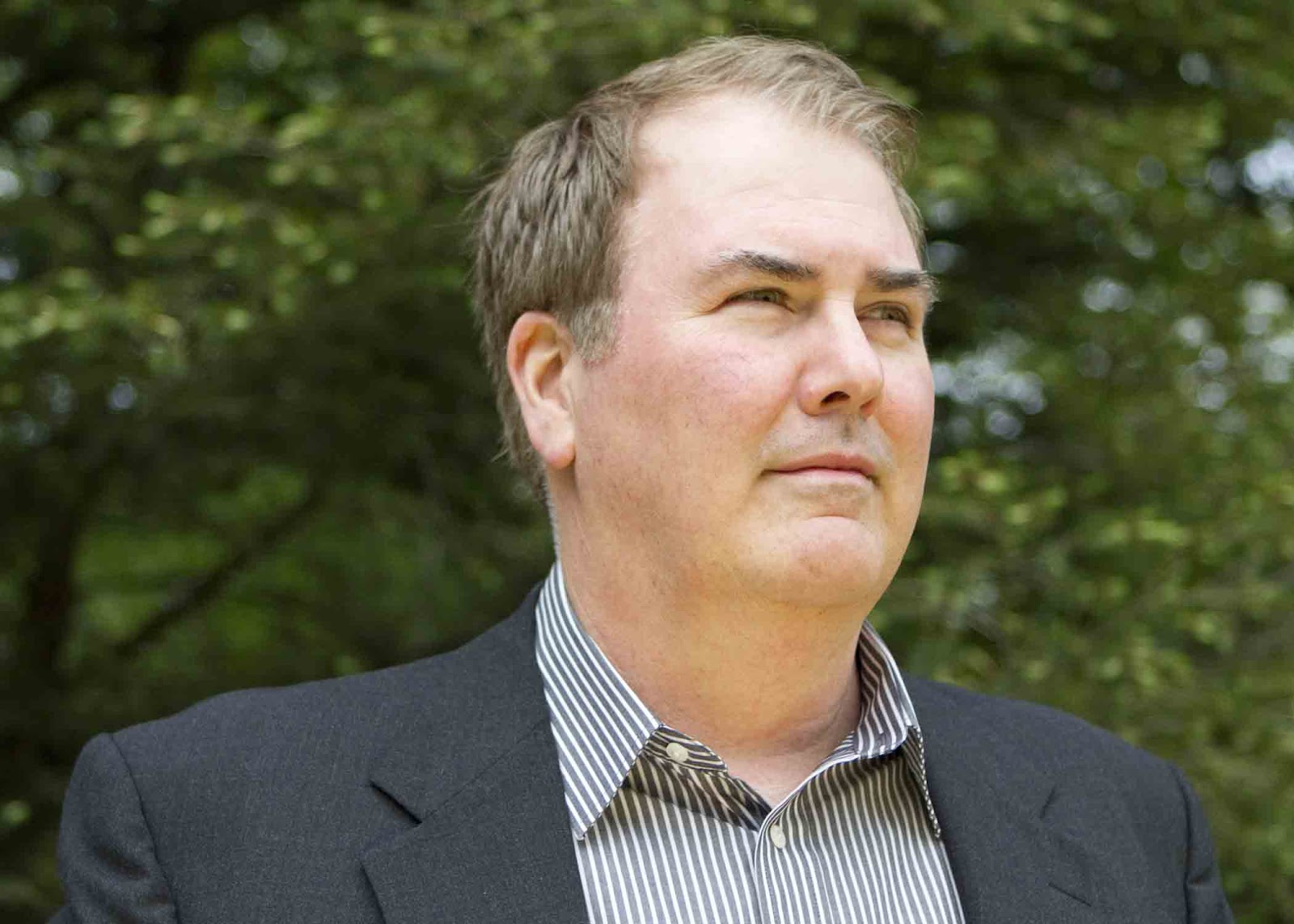 “When one seeks to make change, one must take action,” Oestreich says.  “Too many politicians, who are elected to represent the people, are ignoring the supremacy of the Constitution and lack fiscal responsibility.  I ran for precinct delegate in 2014 to take action and make a difference for my daughters and future generations.”

He continues, “I jumped in running when I led to a successful finish the first fundraiser in the 14th Republican Congressional District’s history.  It is fun coordinating and bringing like-minded people together for a common goal.   It’s even more fun to be part of a 14 District’s Executive Committee meeting discussing how political funds will be distributed to which candidates.  Sometimes you’ll even receive several text messages and thanks from other Committee members for helping to build up the 14th District’s political funds.”

He is currently heading up efforts for the 14th District’s drawing and shooting for concealment class.  Participants must already must have a concealed pistol license. It will be held October 12. Further information is available above in this newsletter and at this link  https://secure.campaigner.com/csb/public/archive.aspx?args=MTYzMDAwODg%3d[

A research engineer at Ford Motor Co. in Dearborn, Oestreich holds a B.S. degree in electrical engineering from the University of Michigan. He enjoys photography and getting involved with new technology, hobbies he has put to use in his GOP activities.

“I have been happily married to my wife Debbie for 27 years,” he says. “We have two daughters and together they actively support me and my aspirations.”

One thing that is striking about Oestreich is his height. “I am 6 feet 7 inches — tall enough to go duck hunting with a rake.”  Robert is often referred to as “the gentle giant”.

The following Ronald Reagan quote about sums up Robert’s beliefs:

“It is always fun getting together with like-minded Conservatives, I continue to learn and grow and I am making a difference for our future and the future of our nation.  It was my thumb that made news in the Detroit Free Press during the Donald J. Trump Flash Mob held on August 30.” (http://www.freep.com/story/news/politics/2016/08/30/donald-trump-flash-mob-gets-honks-and-finger/89586406/   Photo 1 of 17 is Oestreich’s thumb. Photo 5 is Oestrich holding a flag, so “both my left and right hand made Trump history,” he says.)

“Thumbs up represents how I see our nation growing and moving forward as we come together to elect a new era of presidential leadership and to shift our nation back to where our founding fathers set out all those years ago,” Oestreich says.

First, Grant Strobl, of Grosse Pointe Shores and a member of the 14th Executive Committee,  has been named Chairman of the Board of Governors of the Young Americans for Freedom, a project of Young America’s Foundation.

Strobl, who is 20, attends the University of Michigan where he majors in International Studies and Political Science with a minor in German. He is expected to graduate with the class of 2018.  Prior to being elected its Chair, he served on the national Board of Governors of Young American’s for Freedom.  He was recently named to Red Alert Politics prestigious “30 Under 30” list.

In 2015, Grant was elected to Michigan’s 14th Congressional District Republican Executive Committee. He recently attended the Democratic and Republican National Conventions as part of his summer project working with Sean Hannity on Fox News Channel in New York.

Oh, yes, that second mention in the national news.  It relates to our tax dollars at work.  The University of Michigan - Ann Arbor, a state funded university the last time we looked (a/k/a YOUR tax dollars), now is paying a University administrator to oversee students selecting their chosen pronoun (yes, again, you read it correctly).  Strobl used a new University rule to declare himself “His Majesty”.  Read all about it here   http://www.foxnews.com/us/2016/09/29/michigan-student-successfully-changes-preferred-pronoun-to-his-majesty-on-class-roster.html  or at item #1 in the “News Links” below.

Funny, if it were not so sad.  What are our universities thinking?

Go His Majesty Grant Strobl!  See you at the next meeting.  Your vote still only counts as one. 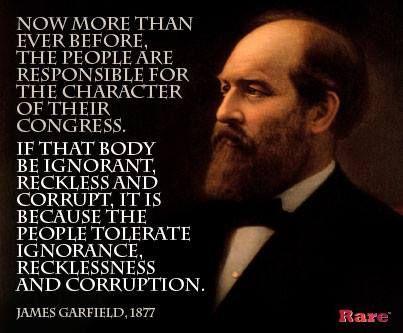