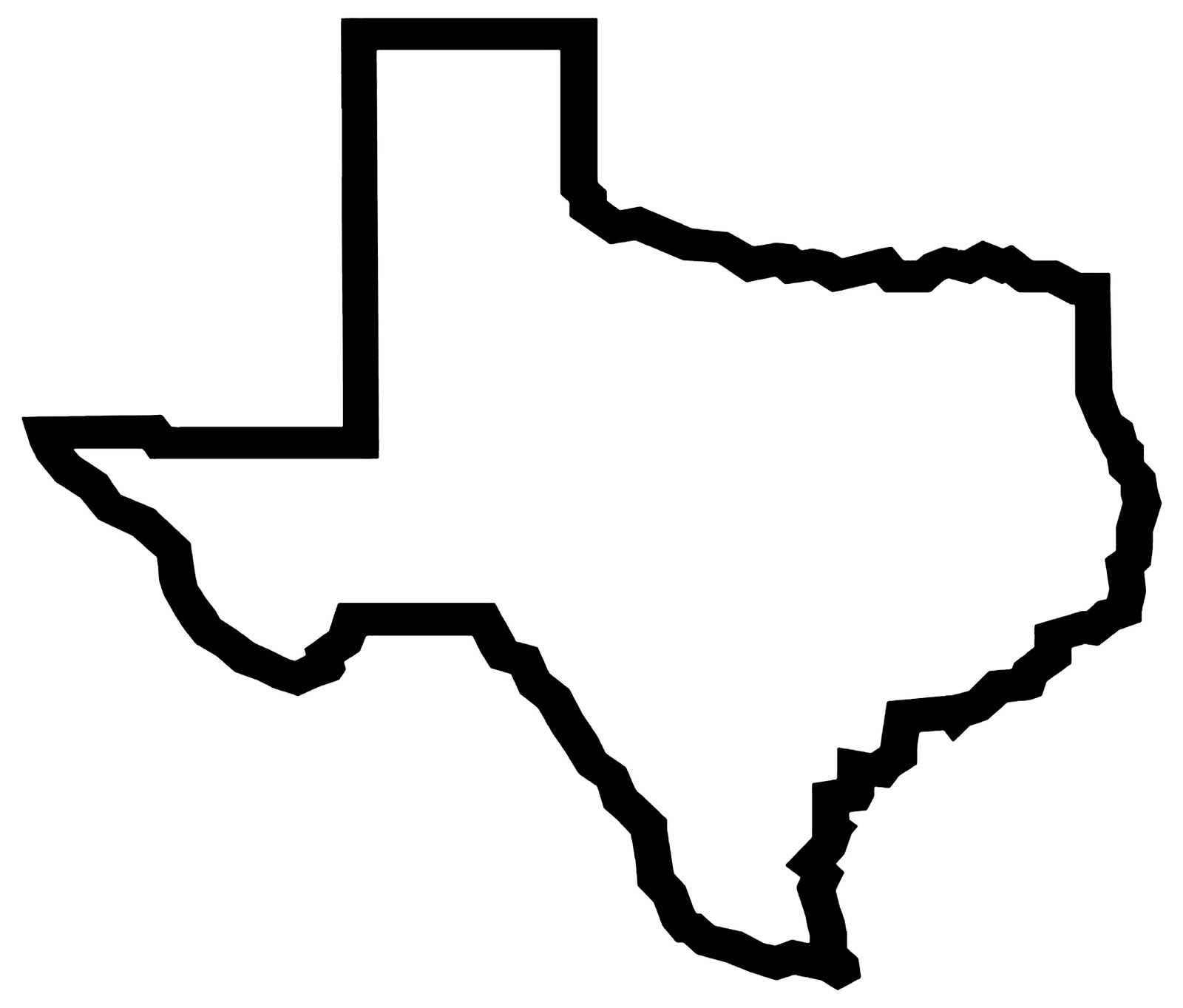 Our thoughts and prayers are with our fellow citizens in Texas who are suffering from the devastation caused by Hurricane Harvey.  If you can do even more, consider a donation to any of the many groups who are on the front lines serving those in need.  Many, many worthwhile groups are in need of donations. Click here to support the Red Cross. 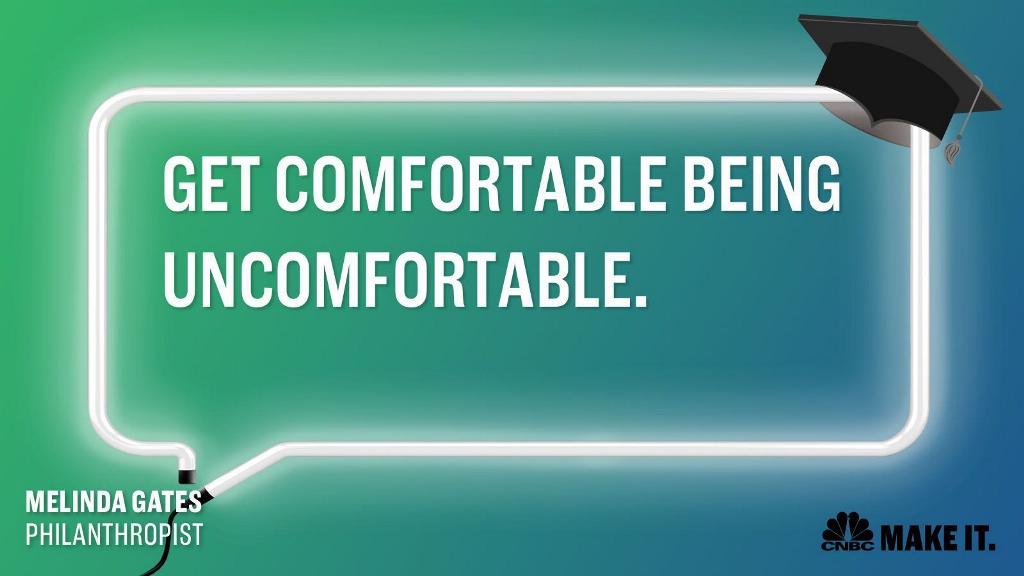 Where did summer go??  Schools are getting back into action soon, that brisk fall air seems to be just around every corner and the fall political schedule is filling up!

First and foremost, register NOW for our first ever 14th District Summer Picnic that will happen on September 10, with fabulous speciality food and fabulous candidates at a spectacular location on Lake St. Clair. This will also be a fabulous opportunity to get caught up on the Republican candidates and enjoy a beautiful venue.  Our friend Bob Young, former Michigan Supreme Court Chief Justice and now candidate to defeat Debbie Stabenow for U.S. Senate, will attend and will speak to the group, as will several other candidates.

Hopefully, you have received one of our promotional emails and know there is still time to register!   We are on track to raise a decent amount of money to support Republican candidates in 2018. The 14th District Committee will choose candidates to support after the 2018 Primary.

But right now we need YOU to register and attend!.  Register now at https://www.eventbrite.com/e/welcome-back-picnic-14th-district-republican-committee-fundraiser-registration-36499604299

We are honoredto have so many sponsors of our picnic!  Their support of the Republican cause is amazing.  We also are honored that so many have shown trust in our process to financially support candidates in the 14th!

Remember candidates, PDs, a business or pretty much anyone can be sponsor!

So our sponsors are VERY special people to support “us”!  Here we go with our GOLD SPONSORS for our 2017 Picnic:

We also have three Bronze Sponsors as of publication date: 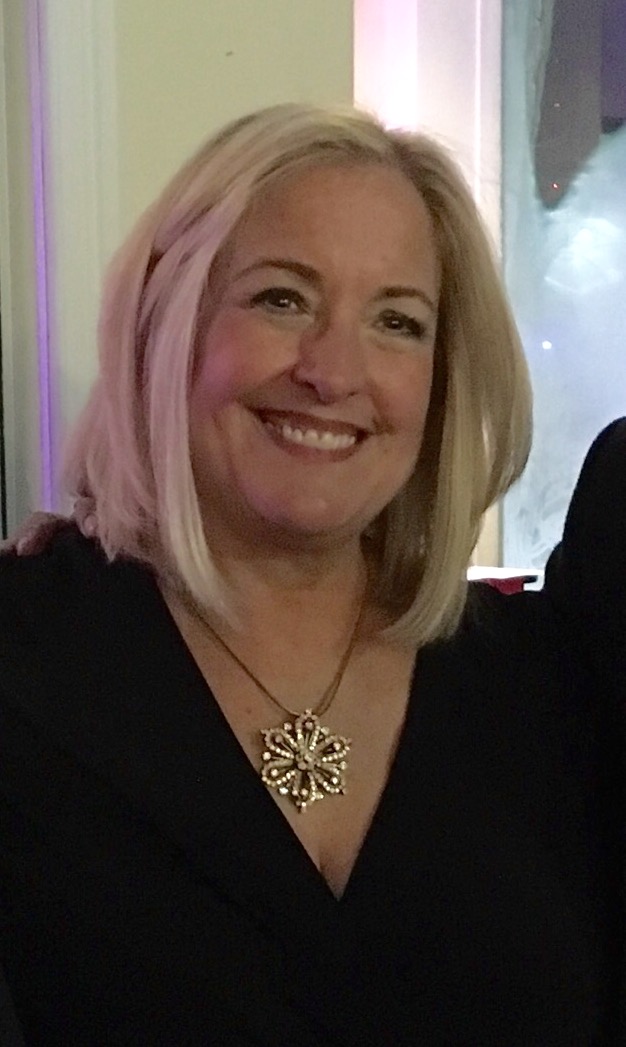 This event on September 22-24 is labeled “Together We Rise”.  The conference headquarters was just voted the #1 historic hotel in the whole country (read more here). OK, we are blessed!  Plus, the conference will feature an amazing opportunity to network with other Republicans, learn new skills to help us win in Michigan in 2018 and hear from an amazing list of featured speakers, including Utah Congressman Jason Chaffetz and Education Secretary Betsy DeVos.

Many have heard a rumor that Vice President Mike Pence will make a visit to the Island.  Well, I can not confirm that.  But we all know how critical Michigan was to Trump’s win in 2016.

So I do expect a few surprises on the Island!  If you have not done so, register here asap http://www.mackinacgop.com

Speaking of candidates, our friend and fellow Precinct Delegate in the 14th District Mark Corcoran won the Republican primary election to represent Michigan’s House District #1.  Now he will be on the November 7, 2017 ballot (yes this November as it is a special election for this open spot) with a great opportunity to go to Lansing!   If you don’t know Mark, he has volunteered to “man the grill” at our September 10 picnic so look him up there.  Wish him well and offer to help get him elected!  Shock the Democrats again!  Contact Mark at [email protected]

The radical left is alive and well right here in Michigan.  Sadly, a Republican event to support our President and scheduled for a restaurant in Saginaw was cancelled after the owner and his employees received death threats.  Of course President Trump was correct in his much maligned comments concerning the Charlottesville situation.  The radical left does have violence issues of its own!  Ignore that at your own risk!

We hear so much about the resurgence of the City of Detroit, which makes up a significant portion of our 14th District.  With that in mind, thought you’d be interested in this article from the Wall Street Journal about the real estate market in the City.  Amazing!  See it here  https://www.youtube.com/watch?v=TvZ3UngoS6Y&feature=youtu.be

Heads up!  Due to some continuing conflicts between our 14th District meeting dates and other Republican meeting dates (especially the Oakland County Executive Committee dates) most of the District’s officers agreed to CHANGE our regular meeting day.  Starting in October we will meet on the second Tuesday of the month.  Mark your calendars for this change.  As a result our next regular business meeting will be October 10.

MEETINGS HAVE BEEN MOVED TO THE 2ND TUESDAY OF THE MONTH

Reason for change - Oakland County Party Chair schedules meetings on the 3rd Thursday of the month and that conflicted with many.

Prayers to our fellow Texans, dealing with a magnitude of loss and devastation that is hard to grasp. 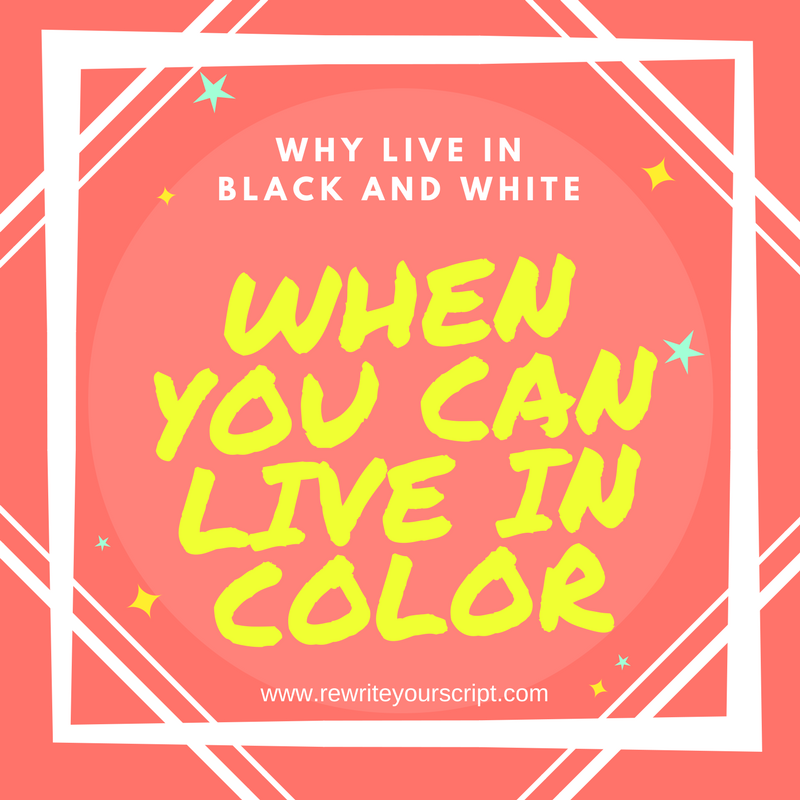 Mark Corcoran, our friend and precinct delegate, won the August 2017 special primary election to fill the open seat for Michigan House District 1. So he has a shot at being elected Michigan Representative for voters from Harper Woods and Grosse Pointe Woods, and from portions of Detroit and Grosse Pointe Shores.  That is a large portion of the 14th Congressional District!

Mark is working NOW to win the November general election!  Yes, this November 2017!  Mark is a lifelong conservative who is passionate about helping “the working man”. Mark decided to run for this position when it was vacated via the resignation of Democrat Brian Banks. Mark would love your support. Call him, encourage him and support him.  Mark can be reached at 734-777-8518 or email him at [email protected]

Ben Ohly can’t remember when he wasn’t a Republican.

“I grew up in a strong Republican family,” he said. 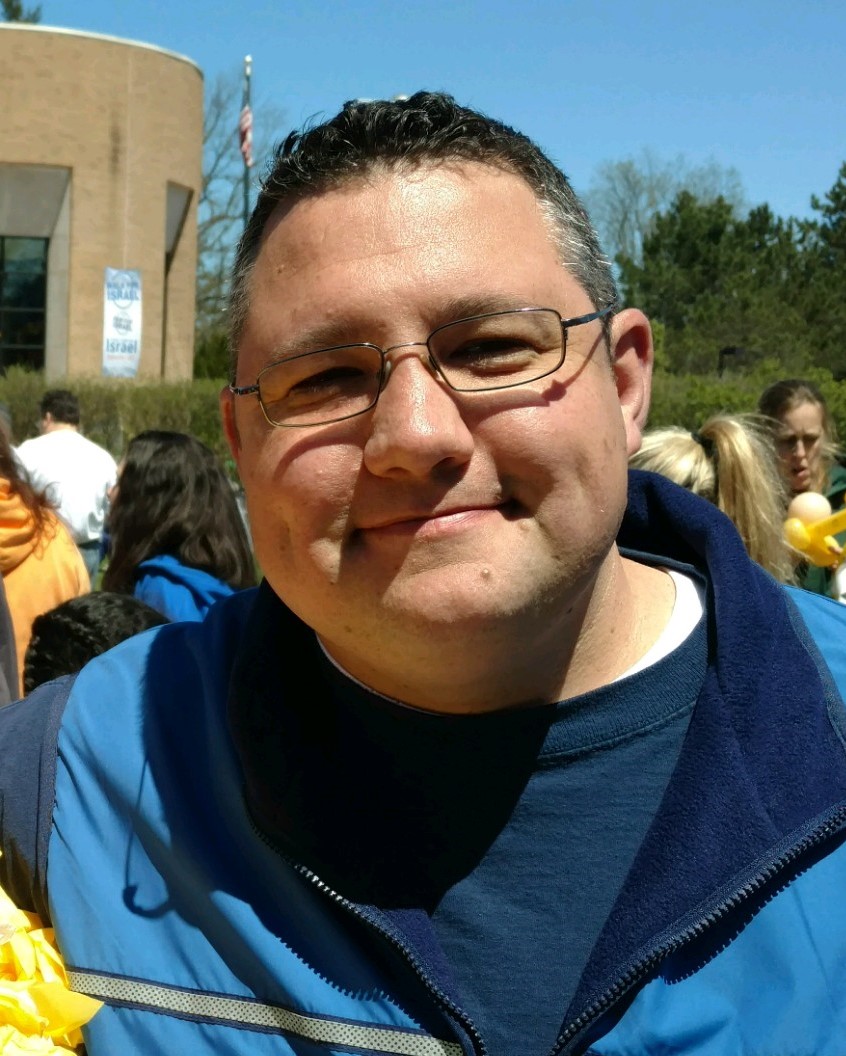 It wasn’t just the way his parents, Greg and Tierney Ohly, raised him as he grew up in West Bloomfield. Political involvement ran in his family. His grandmother, Fern Anderson, campaigned for Ronald Reagan in 1976 and joined the 9/12/2009 Taxpayer (Tea Party) March on Washington, D.C.

In 1993 he met then Congressman Joe Knollenberg on a family trip to Washington D.C. and in 2000 met then future President George W. Bush during his campaign stop at Lawrence Technological University in Southfield.

“I’ve always been a Republican because I am not a Commie,” he said jokingly.

But it became a lot more meaningful when he and his wife, Sheri, had children.

“After having children and thinking more earnestly about their future, I began researching Austrian economics and discovered just how much we've strayed from the free market, limited government system the founders envisioned.  The Republican Platform is still aligned with principles reflecting sound money and fiscal responsibility and needs to be followed,” Ohly said.

But he also listened to what former Congressman Ron Paul said during his campaign for President in 2008 — how our elected officials are limited by the Constitution and need to uphold their oath to defend it.

"Just because a politician has an ‘R’ next to their name, you can't stick your head in the sand and assume everything is alright.  They need to be monitored and be held accountable when they don't follow the Platform," Ohly opined.

Ohly was invited to an Oakland County Republican convention in 2010. There he encountered grassroots groups like the Campaign for Liberty and the Lakes Area Tea Party. That same year he was elected as a precinct delegate and supported Rocky Raczkowski’s campaign for Congress. In 2012 he went door-to-door for Presidential candidate Mitt Romney, Congressional candidate Kerry Bentivolio, Sheriff Michael Bouchard and County Executive L. Brooks Patterson.

Today, in addition to his duties with the 14th District, he is President and Treasurer of the Greater West Bloomfield Republicans, having started with the group as communications director.

Ohly, 38, holds a B.S. degree in mechanical engineering from Lawrence Technological University. He also holds an M.B.A. from Wayne State and is senior manager at Nissan Technical Center. The Ohlys have four children, an 11-year-old daughter, 9-year-old twin girls and a 1-year-old son. The family enjoys camping and traveling, and the girls play soccer and piano.

Ohly feels that 14th District Republicans need to emphasize what they have in common with so many of the voters in our area. An example is social values, where he thinks  Republicans have more in common with this area’s populace than do Democrats, in addition to an emphasis on fiscal responsibility. 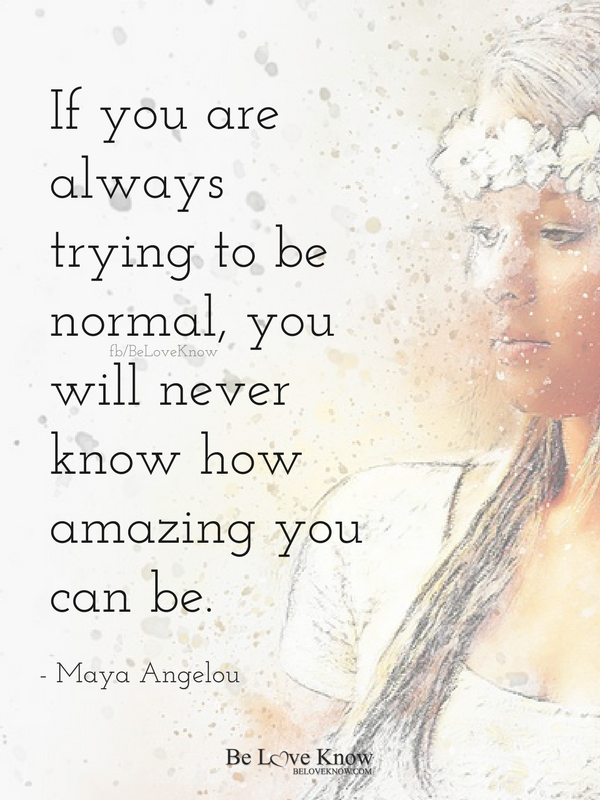 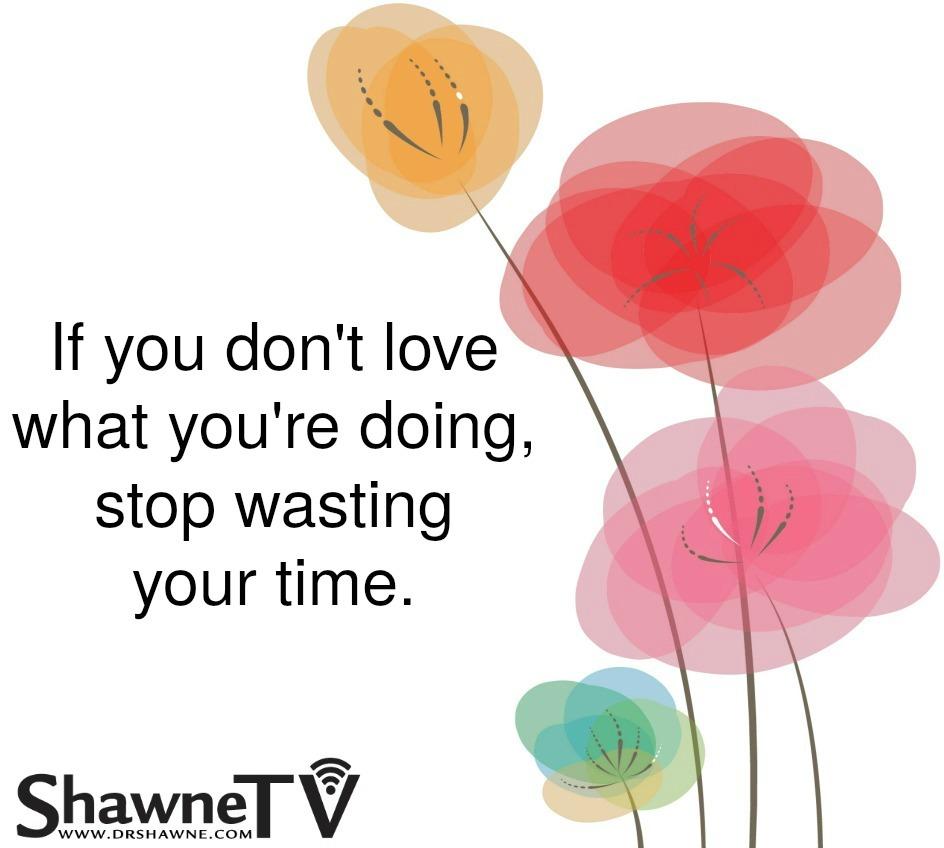 Michigan Trump Republicans is a group of Republican activists who supported Trump during the 2016 election cycle.  They quickly realized that Trump needed his base to stay “engaged” to push back against the so-called “resist” movement led by the Democrats.

With September events in Troy, West Branch and Highland, MTR is building on events held to date in statewide locations such as Rochester Hills, Novi, Royal Oak, Muskegon, Howell, White Lake, and Hesperia. Each event has had between about 100 to over 225 attending and are spirited pro-Trump events!

The organizers tell us that the owners of several of the businesses that merely agreed to host an MTR event received death threats (plural) and needed to engage their local police to sort out who was making these threats.  Sad.  Don’t let anyone tell you that the extreme left is “peaceful”.  They are not.

The “never Trumpers” continue to pound our President.  Just remember that these people NEVER supported Trump and likely never will.

The MTR events also gather significant media coverage including this Detroit News commentary by Nolan Finley who is certainly not a Trump fan!  Click here to see his column.

More MTR locations are expected to be added, with Traverse City, Grand Rapids, and Macomb County on the list of likely future events.  Stay up to date at MTR’s website http://www.michigantrumprepublicans.com/

Long time Michigan education activist Melanie Kurdys, who has led the battle against Common Core, announced that she has “gone national”. She has taken leadership role in a national organization United States Parents Involved in Education (USPIE).   The goals of USPIE are several, but one big one is to shut down the Federal Department of Education and return control of education to parents and local communities.  https://www.uspie.org/about-us

Likely we have all met Melanie as she was a regular at nearly event MRP event for years to keep us up to date on education reform issues in Michigan.  We wish her well as she moves on, though she promised to keep us in Michigan informed, too!

Let that settle in.  We have a chance to alter the direction of the USA.

To help educate Michigan voters, the 14th District Monthly newsletter summarizes selected issues on which OUR current Senator actually voted. In November 2018, informed citizens will decide if she votes for US or for a Democrat party that is completely out of touch with citizens.  Of course, President Trump already helped us see that the problem is, in fact, out of touch politicians.  After considering her positions, please feel free to call her office at 202-224-4822 to express your thoughts: